Having finished coffee and porridge, I can’t delay the run any further. I complete the toe stretches, grab a half beaker of water and set off towards London Bridge. I am outside Damian Hirst’s gallery on Newport Street where I have just returned an unexpected phone call, spotted as I had pulled the phone camera out of a sock I use to keep it wedged in my pocket, and then go in. Ashley Bickerton is showing assemblages that carry a strong flavour of tropical islands with sharks, coconuts hung in small clumps and diving gear that point back to their origins whilst catching the eye with bright flecks of colour. In addition wall mounted silver rock tableaux adorn the gallery walls. 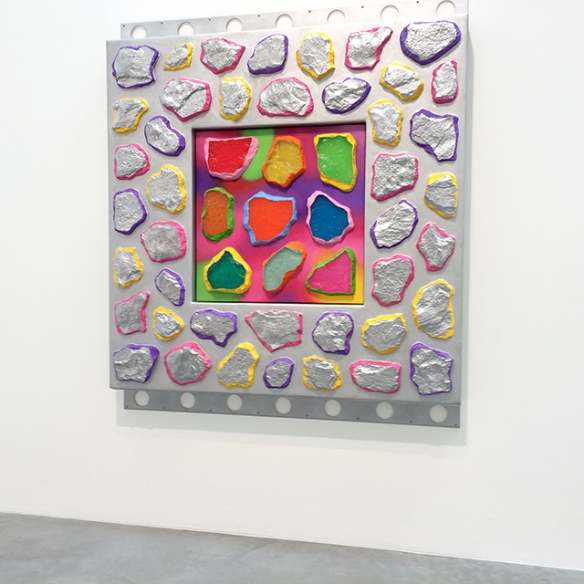 Ashley Bickerton at Newport Street Gallery with assemblages and vivid sea based objects.

Onwards now northwards across St James park where I dodge the selfies on the bridge and up Berkeley Street to Almine Rech. Here Japanese composer Ryoji Ikeda has created grids from the miniaturised digits of irrational numbers. The subsequent jpeg seems burdened by the weight of information of these numbers, whilst the surface of the artwork itself with the digits shrunk down to the size of dots, appears like a sort of black and white texture resembling the two-tone fabrics used to cover loudspeakers in the 70’s. Extraordinary work. 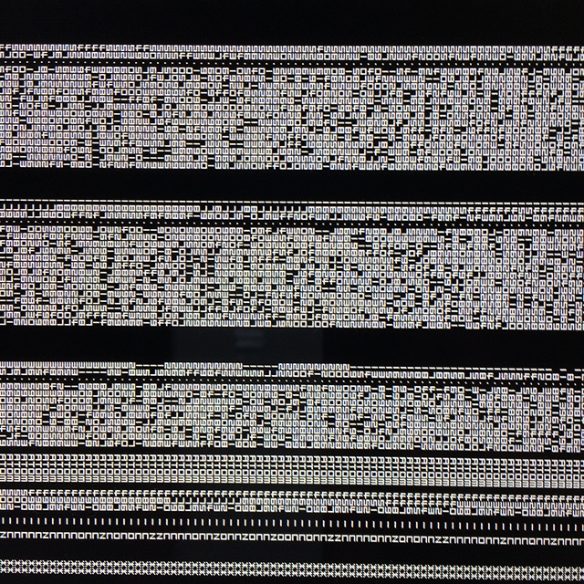 Ryoji Ikeda at Almine Rech Gallery with artworks based on irrational numbers, that although simple in essence, require an infinite number of digits to represent them.

Along Maddox Street eastwards now towards Golden Square. Annette Messager is showing giant safety pins made in black chunky material hung from the ceiling of Marian Goodman Gallery. Other objects on a similar scale create a Lilliputian haberdashery. Elsewhere 50 prohibitions are displayed ironically opposite a 51st that prohibits prohibitions. 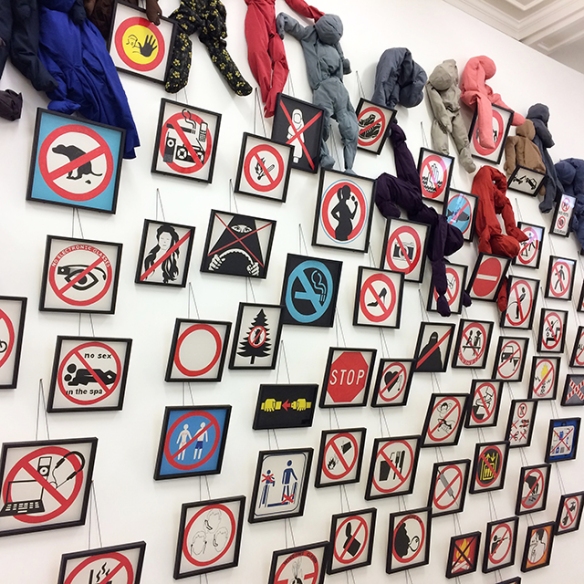 Annette Messager of Marian Goodman Gallery with pictures of prohibitions.

Then across the square to Frith Street Gallery and I see a gallery worker come towards me. I give a polite hello but am aware of the slightly unusual interaction and then with glance round I see why, as I instantly recognise the tall slim frame of Cornelia Parker as she works the camera. It is her opening day and she has to pose for two photographers. I dutifully point my iPhone in the other direction concentrating on her artworks. She is showing video films of revellers in New York who have dressed in horror garb for a festival, but have expanded the remit to include Donald Trump wigs personifying the general anxiety of their class.

Nearby I see work at Pilar Corrias, one of my favourite galleries in the area, before heading north to Chalk Farm and the large classical facade of the Zabludowicz Collection. 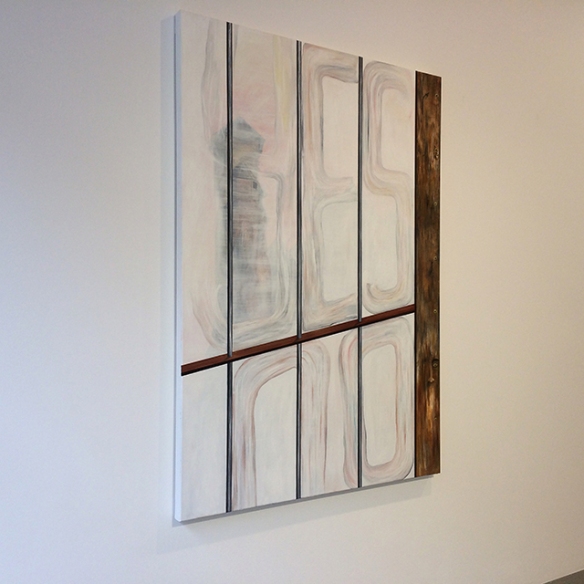 A group of photographers are showing and like a trainspotter I relish the chance to catch the first Jeff Wall artwork in over a year. A light box illuminates a shabby river going into a tunnel and I am struck by its unkempt beauty like some of the canals I run along.

Jeff Wall with a beautiful/ shabby river at the Zabludowicz Collection.

Sara Cwynar at Zabludowicz Collection with photos of plastic based structures.

Then it is the long run south and today with time pressing I opt for the shortest route through London’s busy streets. 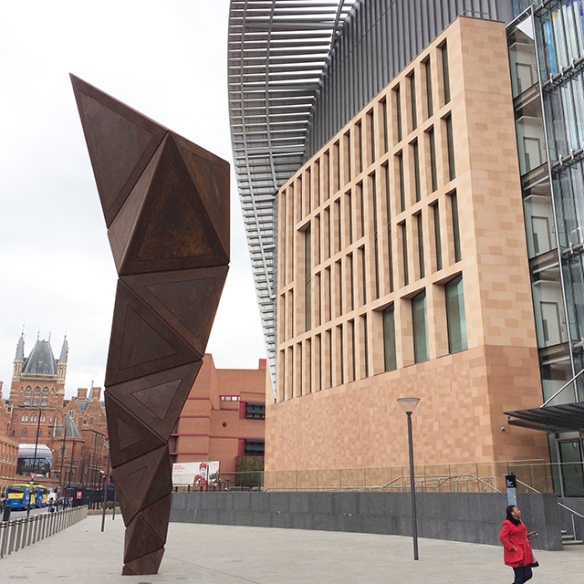 Conrad Shawcross at the Crick Institute.