This week I have chosen to go to Oxford. The main galleries are Modern Art Oxford and the Ashmolean Museum and for running purposes there is also a couple of rivers and a canal with which to fashion a loop out of the city and back in again. After having jogged to Paddington and sat on the train for fifty five minutes, there is a sense of expectation as the City of Spires pulls into view. The station has a sort of back entrance for cyclists wherein a bike path disappears out of sight into a housing estate and because of an association, albeit unwarranted, of similarity between barges and bikes it also seems a fair bet for access to the canal. Eventually, though not as easily as anticipated, the required transfer takes place and bike lane has morphed into towpath. At bridge number five Oxford’s famous Trout pub is signposted and this marks the way, too, for the River Thames in Port Meadow wherein the return loop to the city then commences.

Back in the City, Modern Art Oxford, is staging two exhibitions. A retrospective by Rose Finn Kelcey is the headline show and we quickly become aware that she was a performance artist who expanded her practice in later years to include installation and film. The iconic photo that launched the artist’s career is also on display. It is a picture of her doing a handstand on a beach wearing ballet-type shoes and a fantastic billowing skirt. This garment of clothing has been caught in the wind and looks like some fantastic shell or strange prosthetic at first sight, though on closer inspection we learn it is simply the white pleated skirt. Elsewhere the artist, in this posthumous retrospective, has a recreation of an artwork she made using coins of different metals to depict Van Goch’s sunflowers whilst alluding to its extraordinary multi-million price tag that was its primary feature at the time.

In the adjacent gallery Aleksandra Mir has giant drawings on display depicting satellites and control panels whilst suggesting through the use of symbols the vast quantities of data that might be passed between them. All the drawings have been made with black marker pens and the marks use a variety of saturations of ink to create textures and moods ranging from the precise to the casual. A video of the making of the work is shown in the cafe and it becomes clear that this artwork is a team effort with the helping artists working from style sheets and being assisted with grids.

As the cafe closes I head up to the Ashmolean Museum, slightly concerned that the 5pm closure of the former, might be a portent for an unexpectedly early closure of the latter. Alas this turns out to be true and the giant pair of panelled doors are literally being shut as I arrive. There is no chance then of exploring the Ashmolean collection on this trip and finding some hidden gems by John Ruskin. Instead the experience here takes a different turn as two large stainless steel sculptures by Lynn Chadwick take pride of place in the front courtyard. Light glistens on the polished metal and the blurb describes how the choice of material is very unusual for this particular artist. With these photos completed, there is an hour to spare and the natural destination is the river again but this time walking. 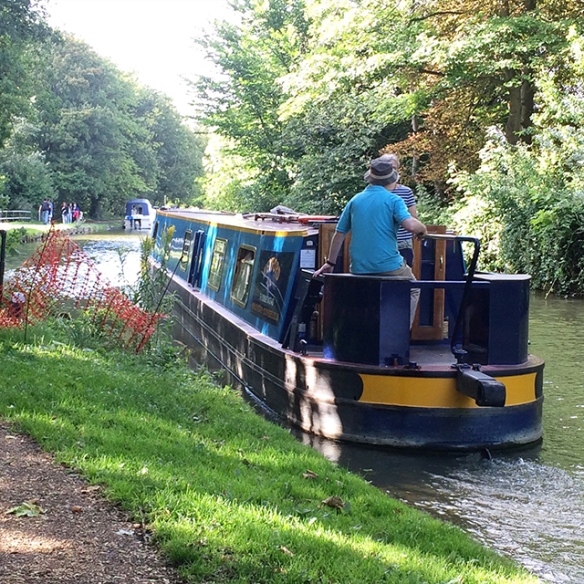 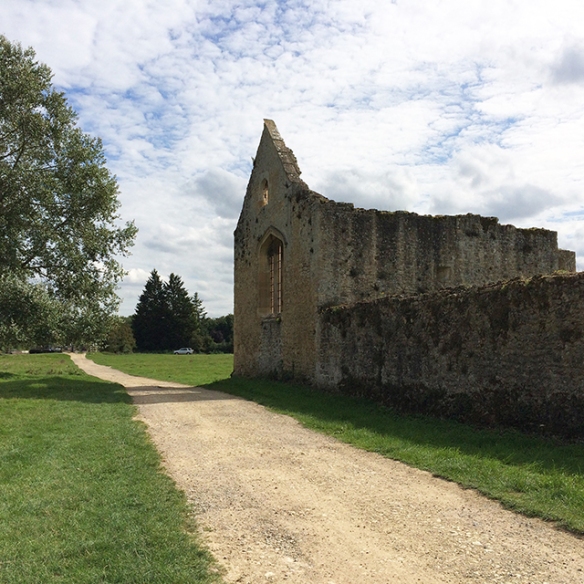 A ruin in Port Meadow near Oxford. 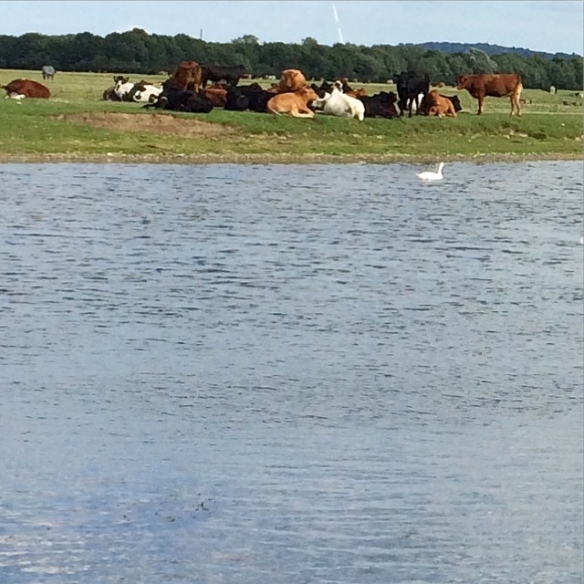 Cows by the River Thames in Port Meadow Oxford. 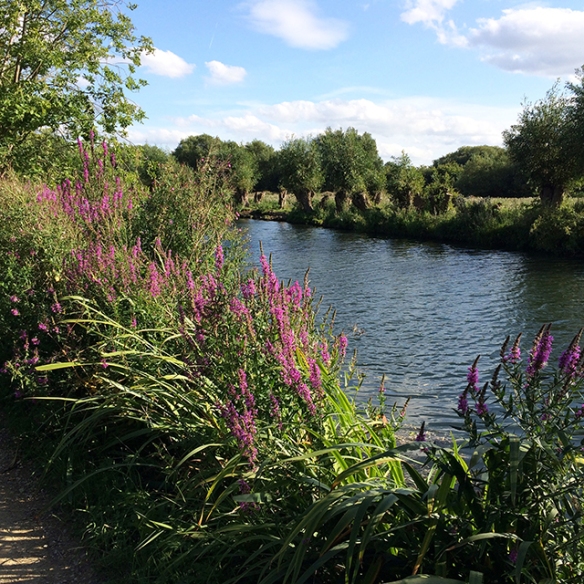 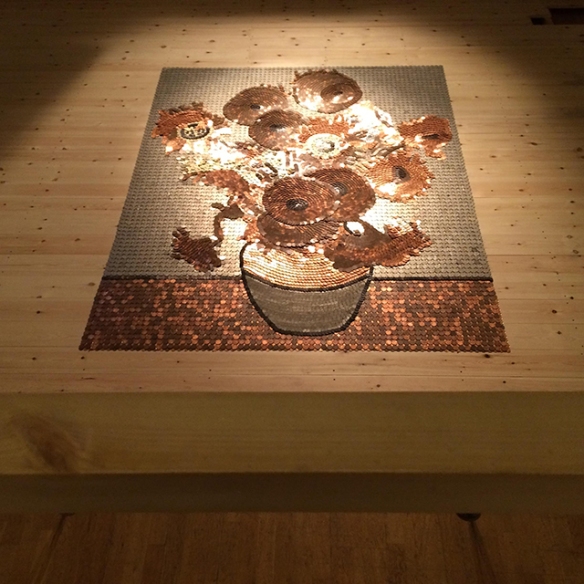 Rose Finn Kelcey at Modern Art Oxford with a version of Van Gogh’s expensive sunflowers made from coins. 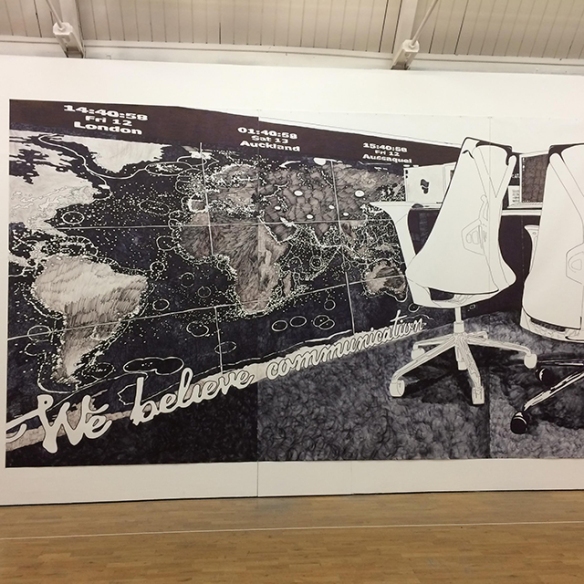 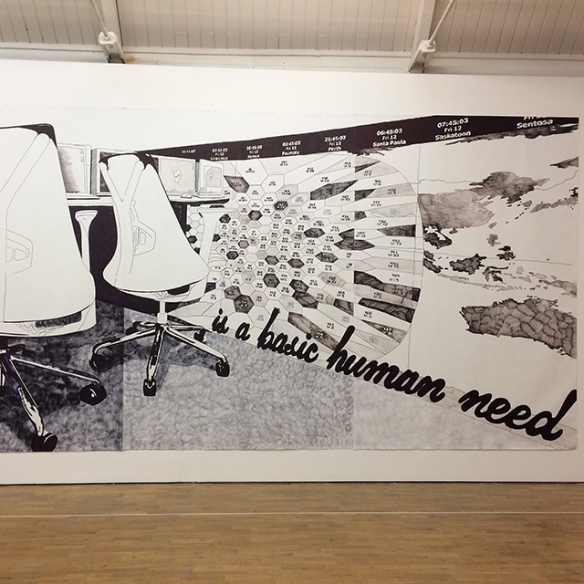 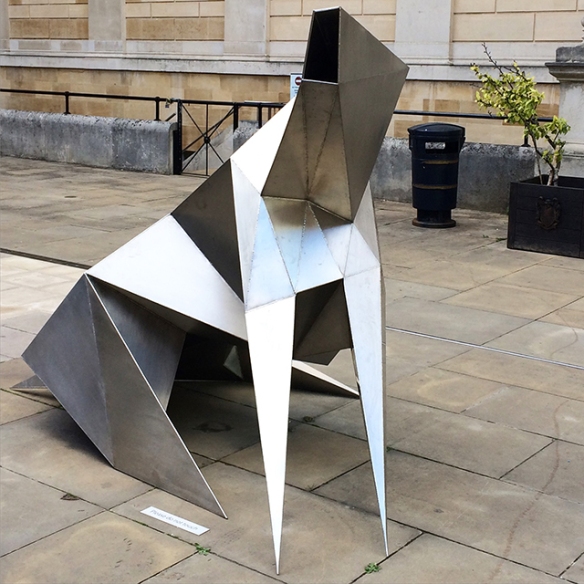 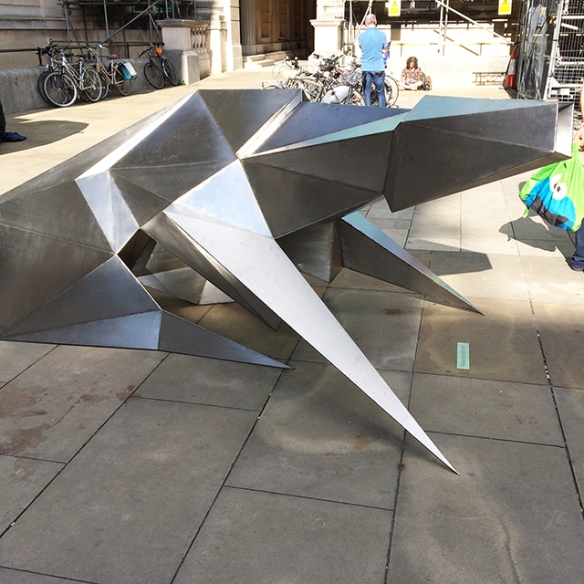