Greenwich Foot Tunnel is the gateway to the Isle of Dogs. Here the perimeter of the City Farm allows a sort of detachment from the nearby main roads, before a short excursion along the River Thames leads to The Regent’s Canal and another 20 minutes of peace and harmony. At Stuart Shave’s gallery, Eva Rothschild has made enormous sculptural pieces to harmonise with the internal space.

A watery theme continues with Jessica Warboys at Frith Street Gallery. She has created some great canvases using the sea as a fluid medium to move pigments around and to deposit additional silt-like particles of matter onto their surfaces. They have a delicate appearance with rhythmic patterns that make them look as though they were actually being viewed through water.

Finally the day is capped off with the much awaited arrival of this year’s fourth plinth sculpture. Michael Rakowitz has a majestic sculpture on view made up of old date box labels. Their localised bursts of colour, and exotic providence, have been used to recreate a Syrian sculpture that was recently destroyed.

Jessica Warboys at Frith Street Gallery with images made by immersing pigmented canvases in the sea. 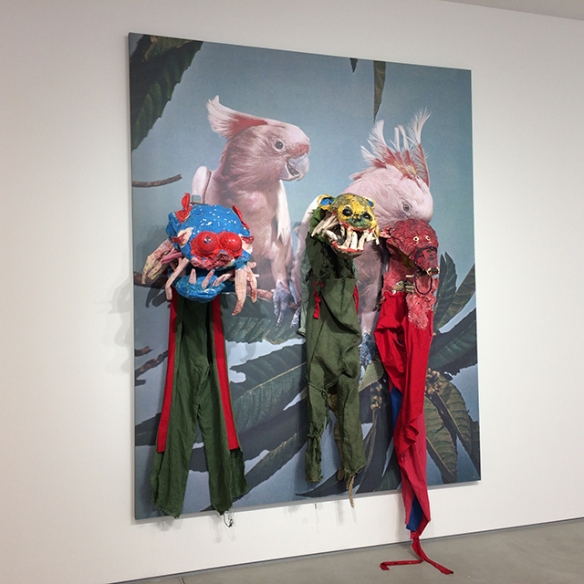 Thomas Struth of Marian Goodman with a photo of physics objects that would make one’s hair stand on end.

Cristina Iglesias of Marian Goodman with a hard looking cage-like structure which on closer inspection is delicate and made of a granular substance that actually smells quite nice. 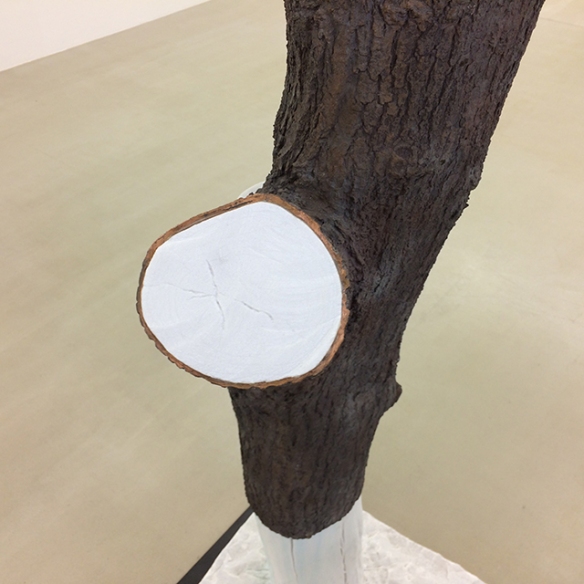 Giuseppe Penone of Marian Goodman with a characteristic adaptation of a natural object.

John Riddy of Frith Street Gallery with photo images of stained brickworks made during a stroll through South London.

The fourth plinth has arrived. Michael Rakowitz has built a replacement for the original stone treasure recently destroyed, out of tin cans.