This week’s run is the big one up to Highgate which I do when a new show is on at the Camden Arts Centre near Hampstead. There is just enough time to get round the 6+ hour circuit and with the sun shining, I set off. First stop is Brick Lane to pick up an apple strudel from Bagel Bake and build up the carbs. Then north to the Regent’s Canal…Islington….Finsbury Park….Parkland Walk. This is a stunning disused railway line with trees and graffiti. A mother panics briefly as her child has lagged behind, but quickly reappears thankfully and jogs on past me. A bicycle bell then rings behind me and as I step to one side a child thanks me as she shoots past catching up with her mum. Then onwards to ….Highgate….Hampstead Heath….two ponds and Louie’s and more carbs. Then the steep decline of Arkwright Road before arriving at the Camden Arts Centre. As I read the blurb on the hallway wall before going into the gallery, the assistant sneezes. “Bless you” seems a good thing to say. Going into the gallery, the name Paul Johnson seems familiar to me from the list of artists I have memorised from the galleries on my running circuits. Bruce Haines gallery possibly. This is confirmed by the BH gallery’s homepage, news splash. Sculptural shapes dominate the space, some carefully manufactured and others made from stacked detritus. Together they create a strong unified installation. In the gallery next door Greta Bratescu, who is still making work in her nineties, has a retrospective with some beautiful little drawings accompanying photographs and stitched fabric. Then it is south to Lisson Gallery. Anish Kapoor is showing new work including a concave mirror with the top half edited out using an unreflective layer. The effect is striking as the reflected objects move in relation to this stationary surface responding to the viewer’s own movements. Further down Bell Street at the other gallery, Djurberg and Berg are showing cartoon-like characters that have submitted to base desires and appear to be having a great time in their rectangular tableaux world. At Gagosian Gallery further south I enter the darkened setting of a Picasso show featuring bulls and minotaurs. An attendant shakes his head as I point to the phone and therefore no photo but a great show and some beautiful paintings. In Simon Lee Gallery there is the smell of fresh paint. The paintings have been covered in a silver surface which has then been raked off to reveal colourful underpainting. Then the final leg south to the building that jointly houses Greengrassi and Corvi-Mora. Downstairs Brian Calvin has made pop-art style portraits that are very expressive but beautifully simplified. Upstairs Giuseppe Gabellone has made a carefully crafted crate from bamboo and carved supporting units into which some organic shapes gently nestle. That is the ninth and last photo of the day. 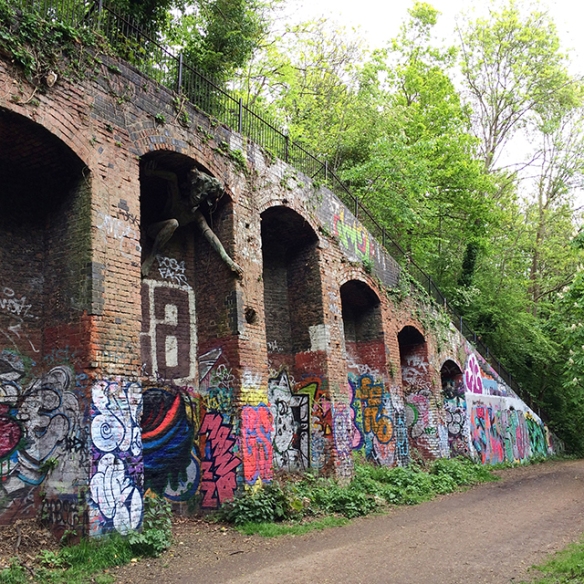 Parkland Walk is a disused railway route turned into a nature reserve. 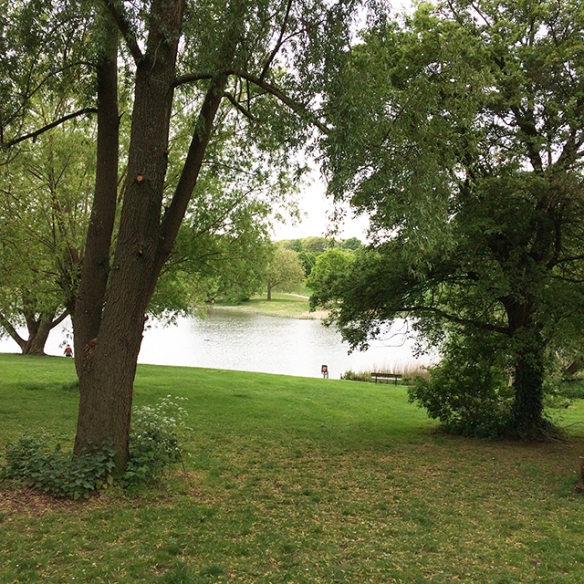 Hampstead Heath pond which I passed on the way back south from Highgate. 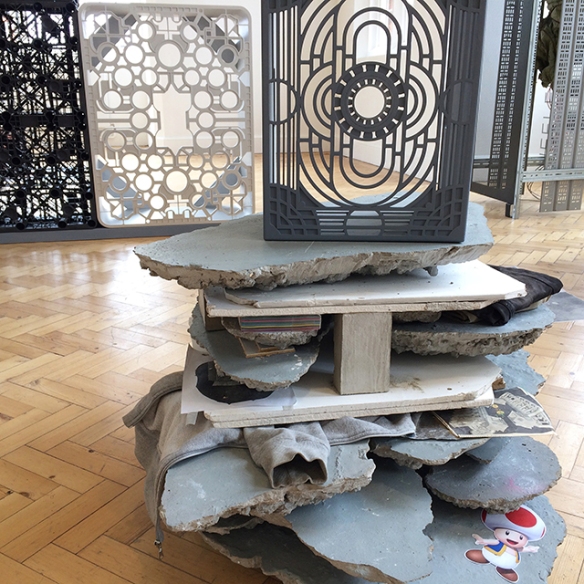 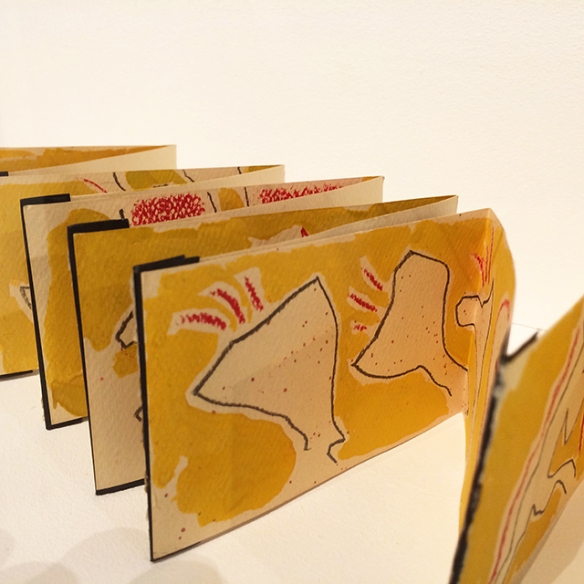 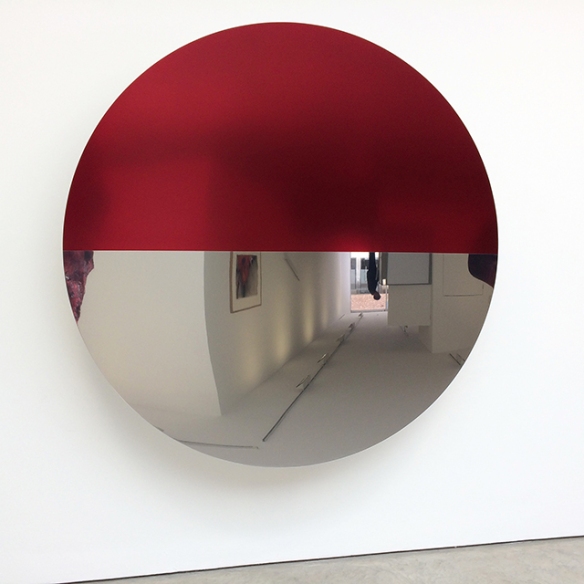 Anish Kapoor of Lisson Gallery with beautifully crafted concave mirrors and other objects. 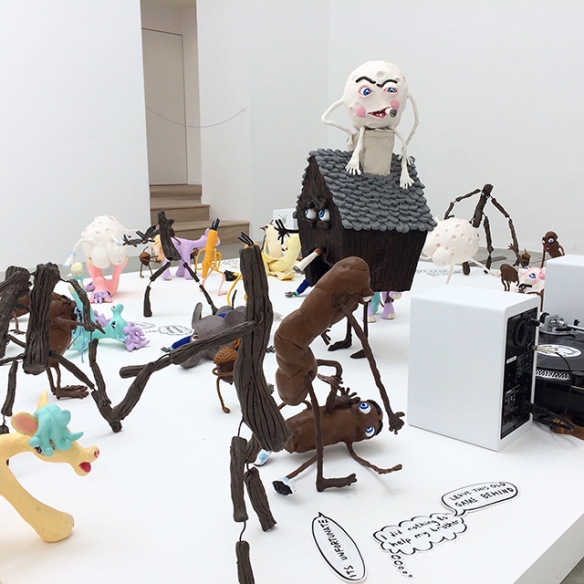 Nathalie Djurberg and Hans Berg of Lisson Gallery with objects and cartoon-like figures doing whatever they want with no inhibitions. 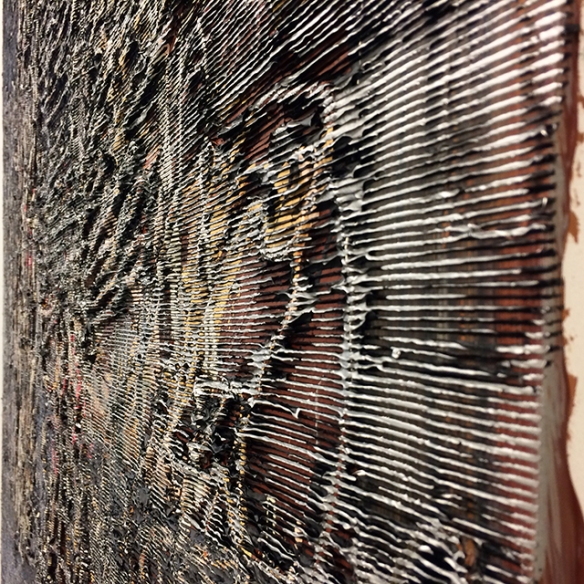 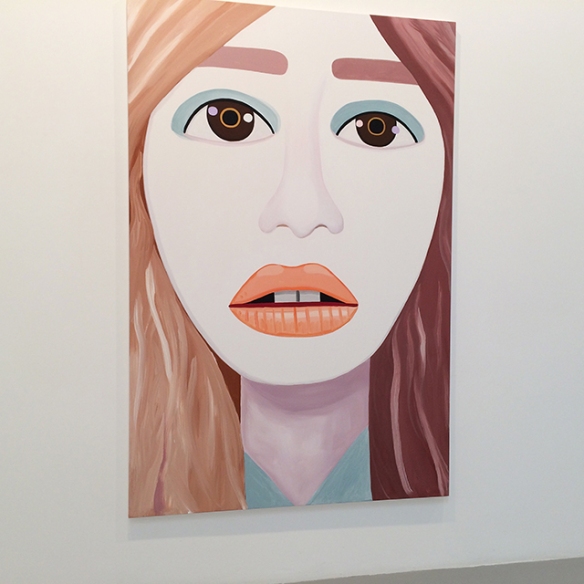 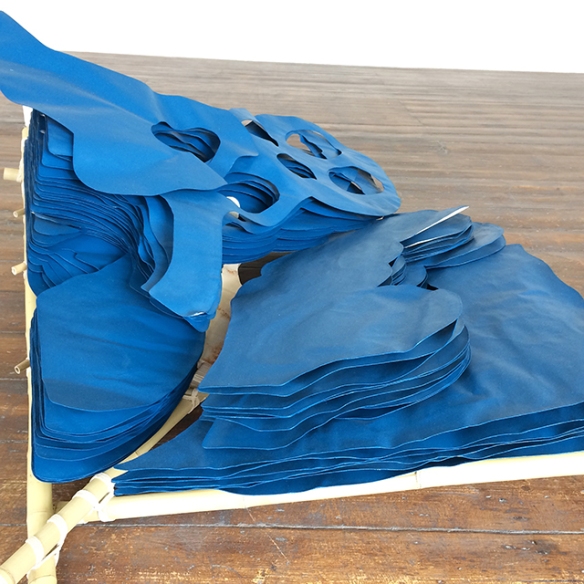 Giuseppe Gabellone at Greengrassi with what looks like a flat-pack object, but presented on a crate that follows the organic outlines with some of its wooden structure.