Varnishing day was traditionally an occasion when exhibiting artists could make last minute changes to their artworks before the show formally opened to the public. Now in the 21st century there is absolutely no touching of the artworks and instead it is a celebratory occasion. We can look around the crowded hall and see colleagues that we have encountered along artistic careers, perhaps often entirely different from the steep gradients to success that characterise the more illustrious exhibitors. I meet up with a friend from our studios in Peckham as she accompanies an older chap who she says seems to know almost everyone. He is one of the Academicians and greets me with a handshake before sharing some of the back story of the hanging. Of course it is fascinating and also a thrill to imagine my own piece woven into this narrative.

First impressions of each of the exhibition rooms is familiarity, thanks to some of the works on display. I see Yinka Shonibare’s beautiful sculpture with recognisable use of a globe for a head. And later I see the artist himself. With a sense of gratitude for being picked, I thank him for a tutorial he once gave me at Goldsmiths 20 years ago and he graciously acknowledges this. In another room are artworks by international megastars from the art world curated by Fiona Rae. George Condo’s and Anselm Keifer’s stand out. By these works is a lifting platform, though soon to be put away, highlighting the sense of fluidity of the hang and, indeed, a few pictures are still going up elsewhere.

I spend the next hour seeking out artworks to photograph with a phone camera and there is a sense of excitement each time I encounter a new piece familiar from previous trips to the commercial galleries featured in this blog. I see Tomoaki Suzuki’s beautifully hewn wood figures, shown previously around the floor of Corvi Mora gallery and elsewhere artworks by Gilbert and George and Conrad Shawcross are instantly recognisable. The accompanying artworks by the anonymous public are enhanced by these staples, though in turn they offer something precious and individual in exchange.

It is this reciprocal relationship that adds charm to the show, since any visitor knows that every anonymous artwork, including my own, is not only a physical product of an artist’s enduring spirit but also, perhaps, a rare moment for that artist to find a public audience as they follow their individual and unpredictable journey. 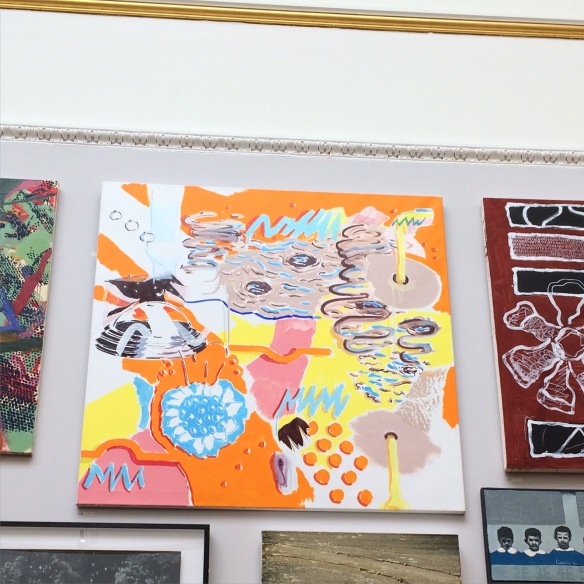 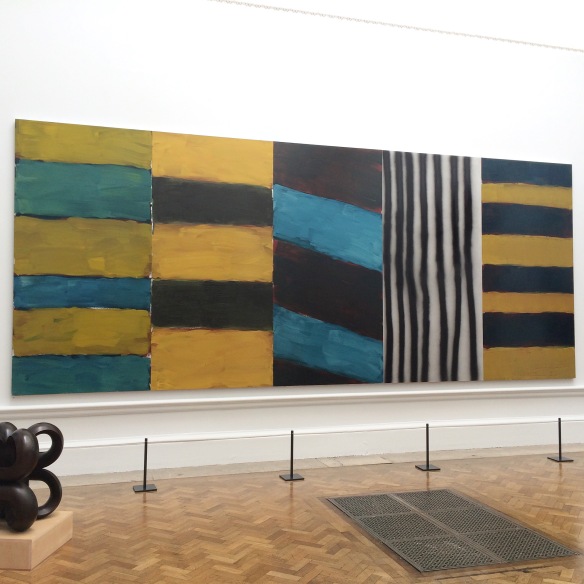 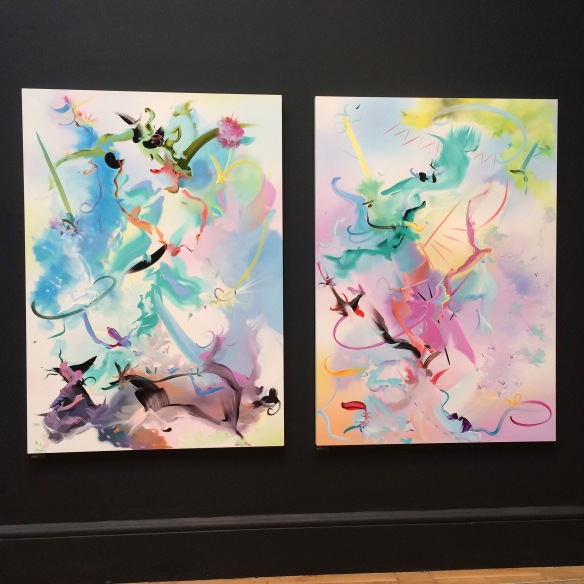 Fiona Rae of Timothy Taylor at Royal Academy of Arts Summer Exhibition 2017 in the room she created. 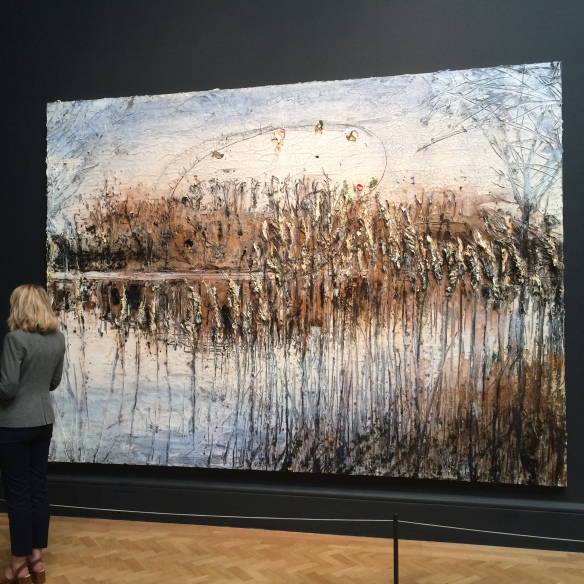 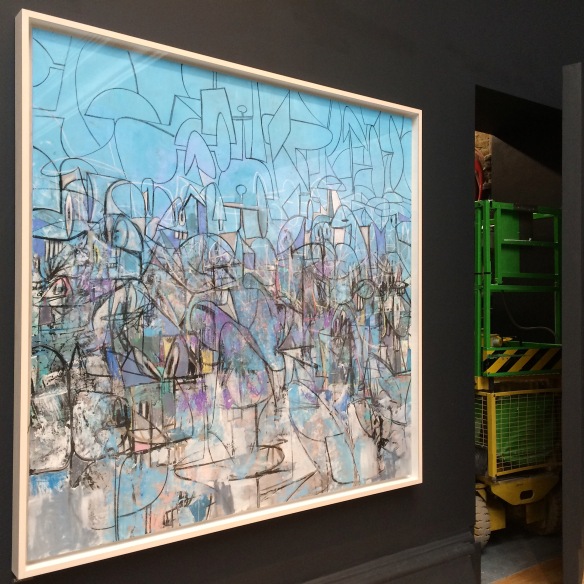 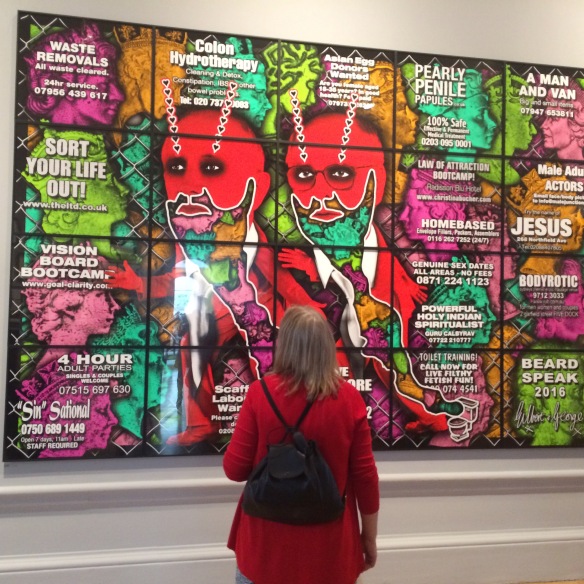 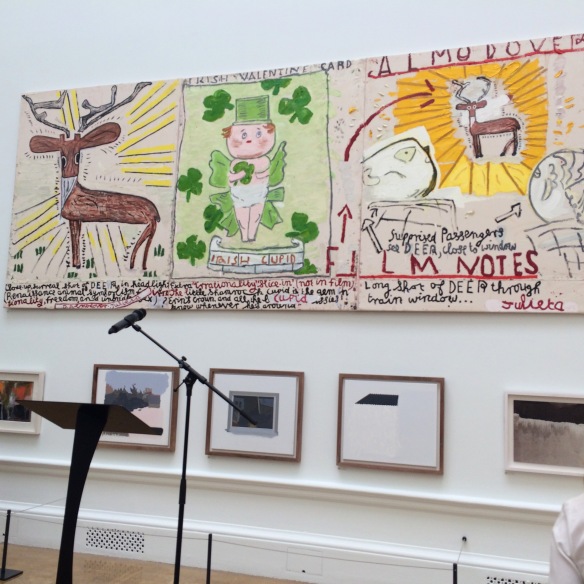 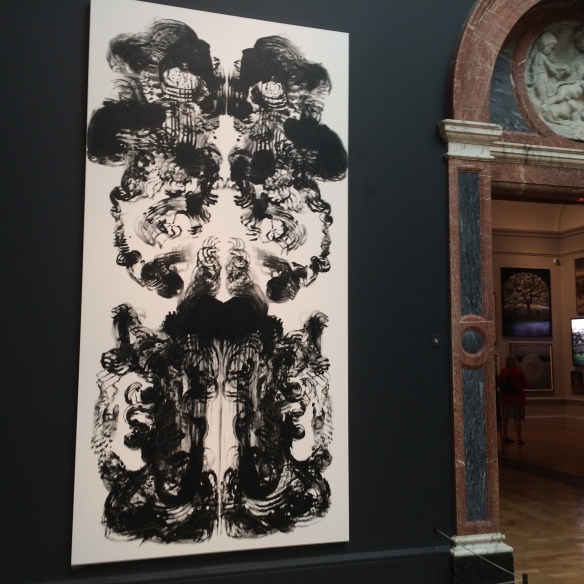 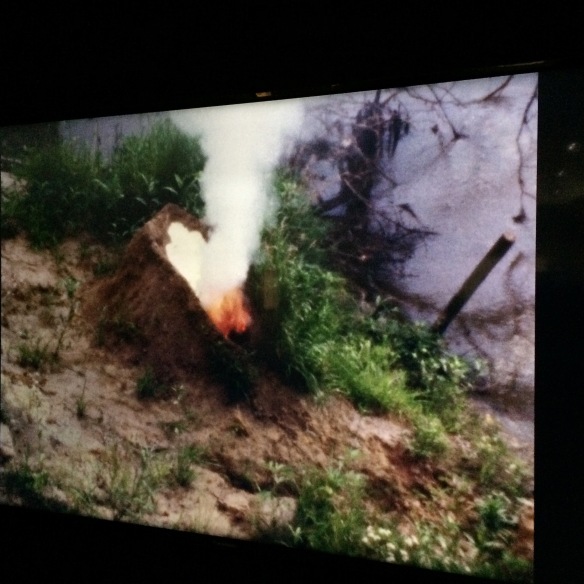 Ana Mendieta of Alison Jacques Gallery used gunpowder in her small landscape artwork. From a trip earlier in the week, but stunning and wanted to post it.