The first stop today is a Science Fiction Exhibition at the Barbican containing artwork from several artists at London galleries. On arrival, there is a sort of sensory overload of robots, clips from 60’s sci fi films and models of rockets destined for the moon. Many of these items are film props which were used in classics ranging from Star Wars to The Incredible Shrinking Man. The initial attraction for this show was the abundance of familiar gallery artists, but this is soon matched by the great postcard-sized paintings by Andrey Sokolov of moonscapes and yet more rockets.

At the Barbican a helpful attendant points the way up to Old Street after asking me If I was lost and what look likes a very pedestrian unfriendly car ramp turns out to be a short cut back to the main road. At Beers, Adam Lee is showing some evocative paintings inspired by the exotic location of his studio in an isolated region of Australia.

From here the Regent’s Canal provides a direct, though fairly long, route to Regent’s Park where there is a choice selection of sculptures. This is the Frieze Sculpture Park show and it is kicked off with a stunning sculpture by John Chamberlain set against a background of the park and some of the Regency properties on its periphery. Next Ugo Rondinone of Sadie Coles HQ presents an enormous white tree planted firmly into the grass. Tony Cragg has a sculpture with his stacked disc motif all assembled into a gold figure that has some similarities to the fantastical machines and figures on show earlier at the Barbican. Finally Takuro Kuwata of Alison Jacques Gallery has presented some brightly coloured cylindrical forms that look slightly organic like brightly coloured mushrooms, though of a different shape. Urs Fischer, meanwhile, has a skeleton placed in a fountain. It is being cooled, or watered in some way, with a garden hose. Then for me it’s back south with tired legs after having spent much of the last week with feet up on vacation. 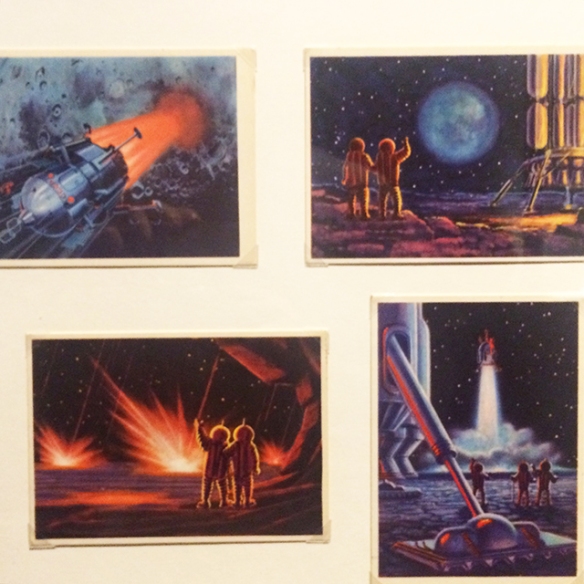 Postcards by Andrey Sokolov shown at Into the Unknown: A Journey Through Science Fiction at The Barbican Centre. 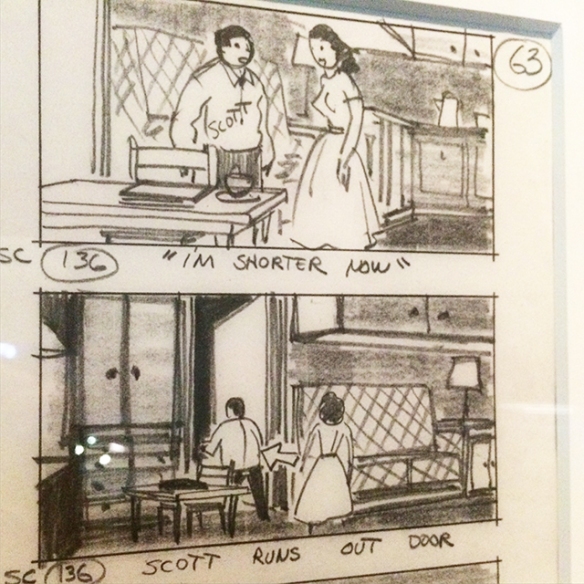 Storyboard for The Incredible Shrinking Man shown in the exhibition Into the Unknown: A Journey Through Science Fiction at The Barbican Centre. 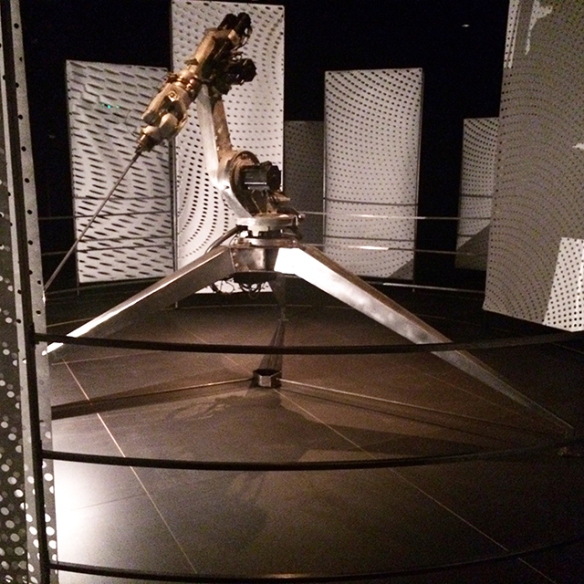 Robot figure with light stick. Conrad Shawcross showing at Into the Unknown: A Journey Through Science Fiction at The Barbican Centre. 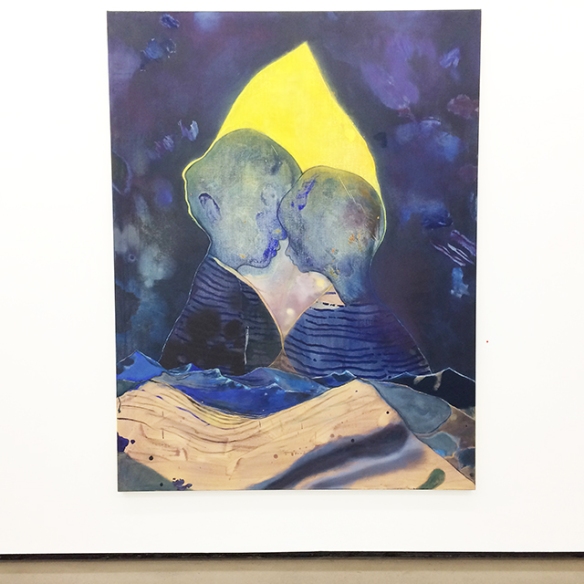 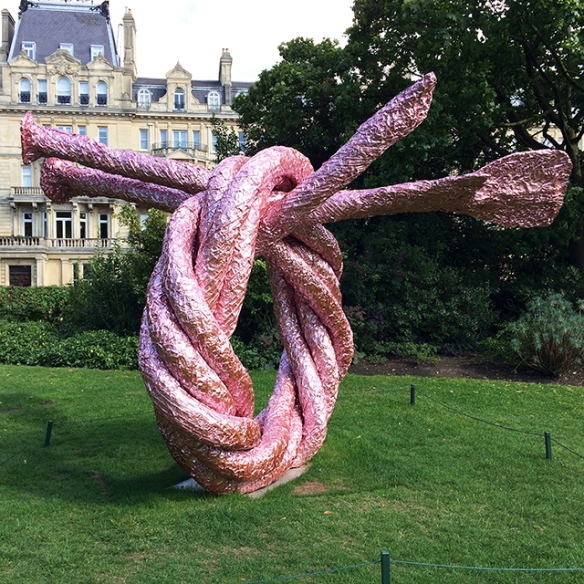 John Chamberlain of Gagosian showing at the Frieze Sculpture Park in Regents Park. 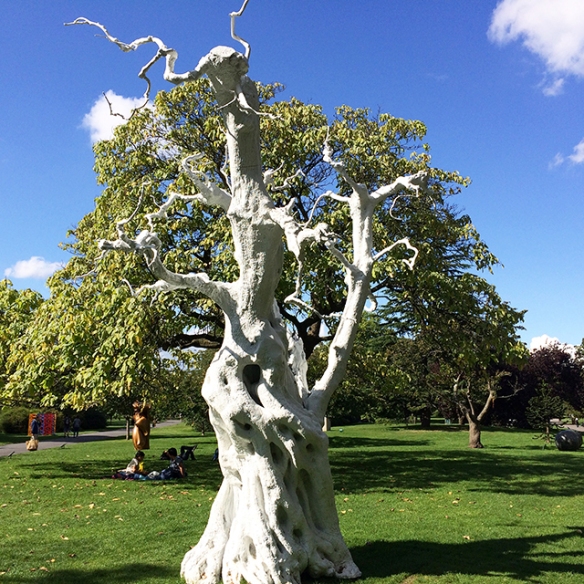 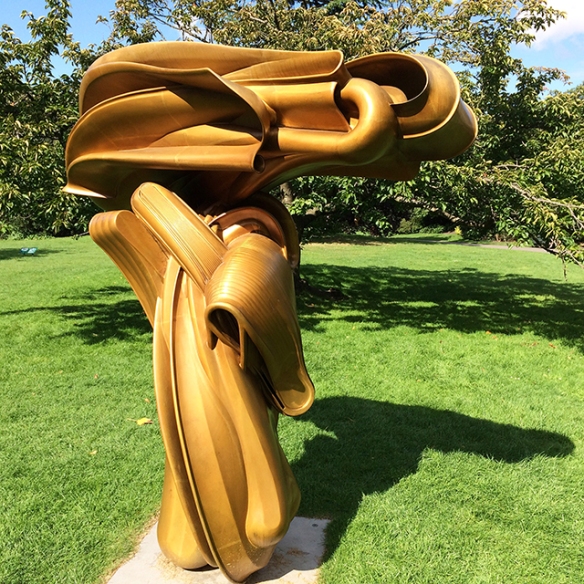 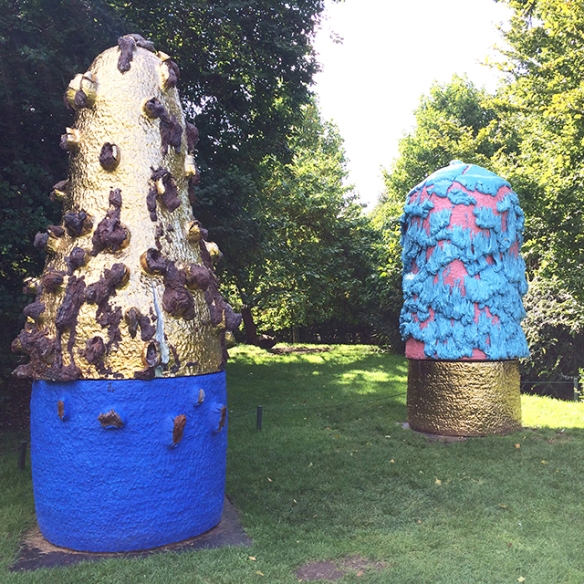 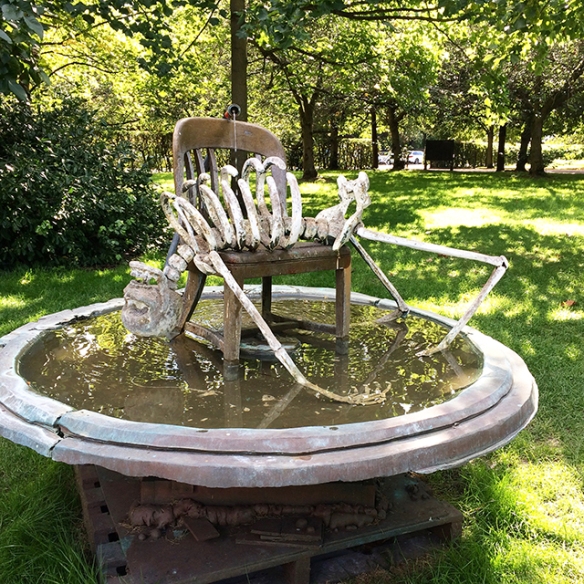 Urs Fischer of Gagosian in the Frieze Sculpture Park in RegentsPark.